As a compounder, protecting yourself and your staff from exposure to hazardous drugs should be important both from a safety and monetary perspective.  USP <800> applies to sterile and non-sterile compounding pharmacies and anywhere that hazardous drugs are received, stored, or administered.   It is also designed to prevent compounders from incurring fines from OSHA (Occupational Safety and Health Administration) for not providing a safe workspace and not complying with the information in USP <800> or on the NIOSH list.  Compliance with regulations includes having: a negative pressure lab to compound hazardous drugs, the appropriate design, layout, or equipment in the pharmacy to compound these materials, and appropriate controls for handling finished dosage forms.  If a facility is compounding or handling hazardous drugs in a state not enforcing USP <800> but is shipping to a state that is, they must comply.  Even if a state board of pharmacy has chosen not to adopt USP <800>, OSHA is still the regulating agency and can inspect a facility that handles or compounds hazardous drugs and levy a fine if they do not comply.

USP <71> Sterility Tests is a general chapter enforceable by regulatory agencies and is applied to substances, preparations, and articles required to be sterile. This chapter demonstrates process control and is a general indicator of the microbiological quality of a product. It's important to note that the <71> "pharmacopeial procedures are not by themselves designed to ensure that a product or batch is sterile or has been sterilized. This is accomplished primarily by validation of the sterilization process or of the aseptic processing procedures." For ARL to list USP <71> as the test method, pharmacists must certify and submit the correct number of articles in accordance with Table 3 in the chapter.

A sterility test is performed under aseptic conditions. Precautions are taken to avoid contamination, so the testing environment does not impact any microorganisms that are to be revealed during the test. ARL Bio Pharma regularly monitors working test conditions by appropriate environmental sampling of the work area and carrying out suitable controls.

At the conclusion of the test, if there is no evidence of growth, the drug product complies with the USP <71> test for sterility. A "Sterile" result indicates that no contaminating microorganism is found in the sample examined under the conditions of the test.

If the test reveals signs of contamination, the drug product is considered "Not Sterile" and an OOS investigation will be initiated.

For more information on Sterility Testing, visit the articles and webinar below:

The Importance of Testing Bulk Substances

A bulk substance, also known as an active pharmaceutical ingredient (API), is often the starting point of a compounded preparation.   Prior to use, compounding pharmacies and outsourcing facilities should confirm the quality of an active pharmaceutical ingredient to ensure consistency of the material as received from the supplier and suitability for use in a compounded preparation.  At a minimum, identity testing is recommended for each lot, but more rigorous testing should be evaluated.

Method Suitability and its Importance...

Sterility testing by USP <71> is a test used in tandem with other sterility assurance procedures and tests to ensure that a product is free of microbial contaminants and safe for patients to use.  For a sterility test to perform appropriately, a method suitability validation must be completed on each specific formulation to determine the appropriate test method.

How do you know your staff is doing a thorough job disinfecting surfaces and equipment at your facility?  Do you have proof that your cleaning procedure is effective in removing potential contaminants from surface areas?

What is a Master Formulation Record?

A Master Formulation Record is used to document the specific information for each individual batch and is an important component of regulatory compliance and effective process control. This detailed record of procedures describes how the drug product is to be prepared...

The Importance of Endotoxin Testing 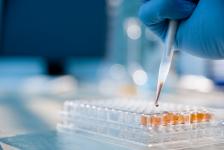 The Importance of Endotoxin Testing

In recent years, there have been instances of endotoxin-caused illness resulting from contaminated compounded sterile preparations. In 2015, an incident occurred where seven cases of endotoxin poisoning were related to contaminated glutathione infusions.

Pharmacists often want to assign a beyond-use date (BUD) on a drug product longer than USP guidelines to increase compounding efficiencies and reduce drug waste. For accurate BUD assignment, Stability-indicating methods are recommended as opposed to Potency methods. Stability-indicating methods are specifically designed to separate drug degradants from non-degraded drug (for more information about the difference between the two methods, see Stability vs. Potency testing article).